Its very late but here it goes..

Last month Thiruvananthapuram witnessed one of the biggest Free and Open Source Software conference called Swatantra17. Swatantra is a flagship triennial ( actually used to be triennial, but from now on organizers decided to conduct in every 2 years.) FOSS conference from ICFOSS. This year there were more than 30 speakers from all around the world. The event held from 20-21 December at Mascot hotel, Thiruvananthapuram. I was one of the community volunteer for the event and was excited from the day it announced :) . 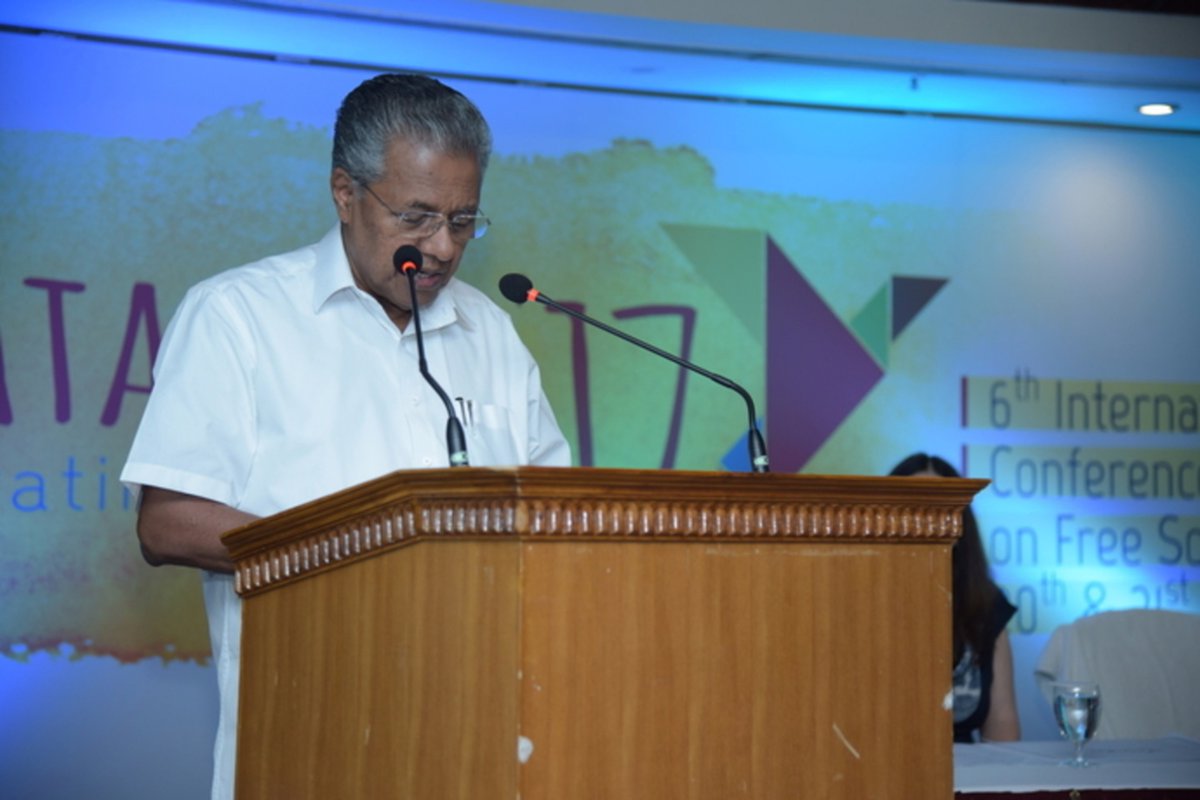 Current Kerala Chief Minister Pinarayi Vijayan inaugurated Swatantra17. The first day session started with keynote from Software Freedom Conservancy executive director Karen Sandler. Karen told about safety of medical devices like defibrillator which runs proprietary software. After that there were many parallel talks about various free software projects,technologies and tools. This edition of Swatantra focused more on art. It was good to know more about artist’s free software stack. Most amazing thing is through out the conference I met so many people from FSCI whom I only know through matrix/IRC/emails. 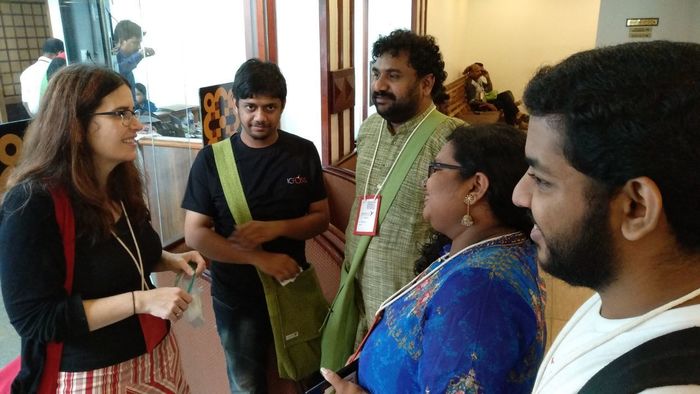 The first day talks were ended at 6PM. After that Oorali band performed for us. This band is well-known in Kerala because they speak for many social and political issues. This make them best match for a free software conference cultural program :). Their songs are mainly about birds, forests, freedom and we danced to the many of the songs. 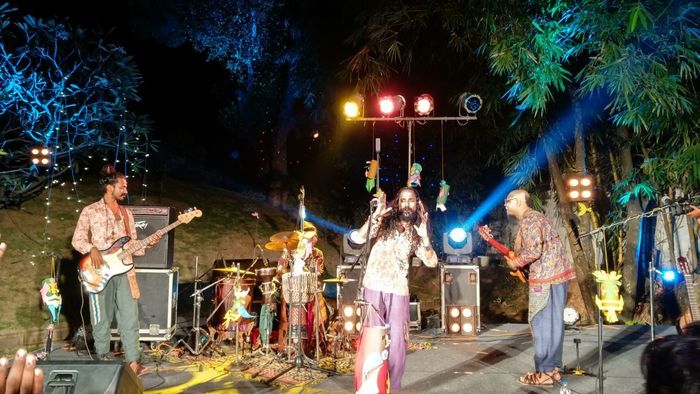 Last day evening there was kind of BoF from FSF person Benjamin Mako Hill. Half way through I came to know he is also a Debian Developer :D. Unfortunately this Bof stopped as he was called for a panel discussion. After the panel discussion we all Debian people gathered and had a chat. 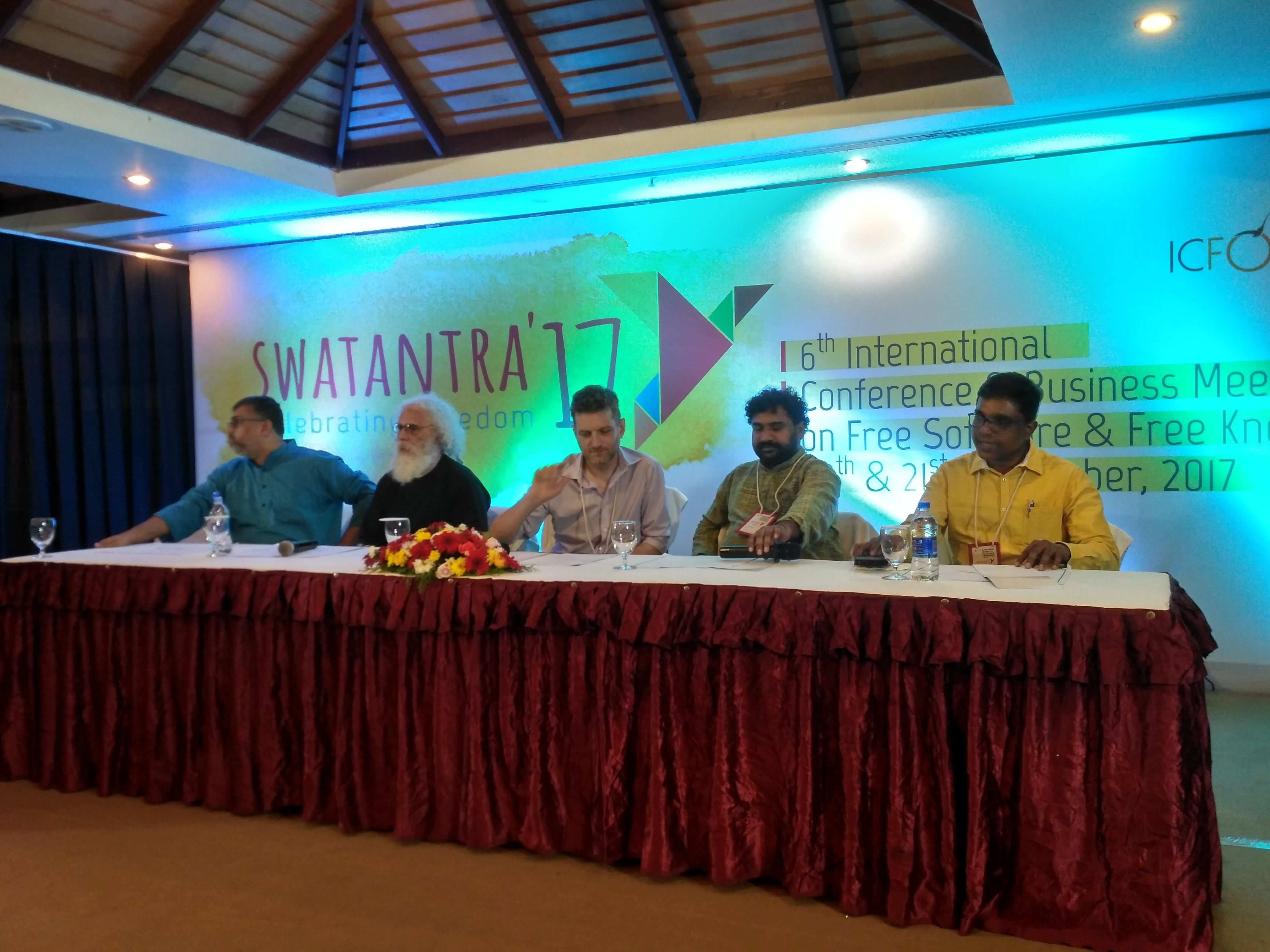